DOWNLOAD YOUR PDF VERSION OF ‘THE ETERNAL CHALLENGE’ BOOK NOW

DOWNLOAD YOUR EPUB VERSION OF ‘THE ETERNAL CHALLENGE’ BOOK NOW

So What’s The Book About?

Watch The Video Below To Find Out

What People Are Saying:

“This is a great read. I knew nothing about the Qur’an and decided to educate myself and this book really gives a great insight”
Darrin Blair

“This is a fascinating read”
Joseph Kelly

A Sneak Preview Inside The Book

1. Teachings: The main concepts and themes the Qur’an teaches including its concept of God, the Prophets and the hereafter.

2. God: The fact that the Quranic conception of the Oneness of God is rational, intuitive and provable.

3. Preservation: The fact that Qur’an is an orally and textual preserved book that has stood the test of time.

4. Timelessly Relevant: The fact that it’s descriptions of the world seem to be multi-layered and multi-levelled. There are many meanings that address various levels of understanding.

5. Unmatched: The fact that the Qur’an is linguistic and literary inimitable. It cannot be matched with regards to its eloquence, style and literary features.

6. Structure: The fact that the Qur’an was revealed over a 23 year period yet it displays a remarkable coherent literary structure.

7. Predictions: The fact that the Qur’an and the Prophet Muhammad (upon whom be peace) made accurate predictions of the future.

8. Lost Knowledge: The fact that the Qur’an reveals lost knowledge from history that was inaccessible during the time of its revelation.

10. Impact: The fact that the Qur’an has affected your lives in ways that you cannot imagine. It has facilitated scientific progress, tolerance and justice for all people.

11. Divine: The fact that the Qur’an could not have been produced by a human being, and its miraculous nature cannot be explain naturalistically. 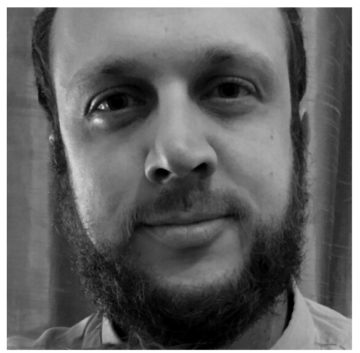 After attaining a degree in Software Engineering, Abu Zakariya now works as an IT Consultant. He lives in the UK with his wife and three children. He has had a life long interest in comparative religion. Being born in Britain and influenced by his mixed heritage of Arab and European descent, he has had a strong focus on researching Islam and Christianity.

After many years of research, discussions and led by a desire to share his experiences in discussing Islam with people of all religious backgrounds, Abu Zakariya authored the popular comparative religion blog Many Prophets One God. He has continued his intellectual and academic pursuits by formally studying and learning from academic scholars trained in Islamic thought and theology.

DOWNLOAD YOUR PDF VERSION OF ‘THE ETERNAL CHALLENGE’ BOOK NOW

DOWNLOAD YOUR EPUB VERSION OF ‘THE ETERNAL CHALLENGE’ BOOK NOW